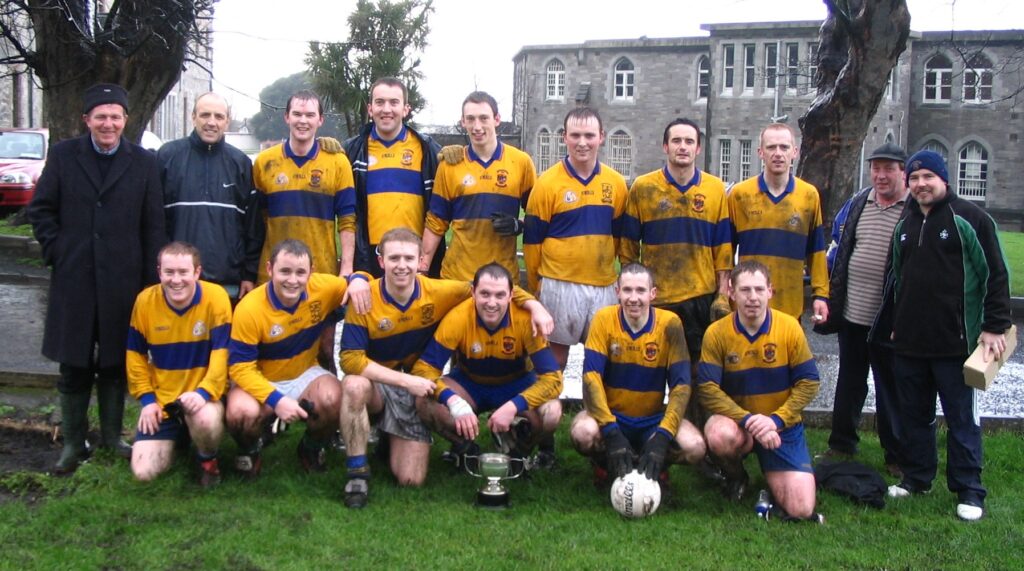 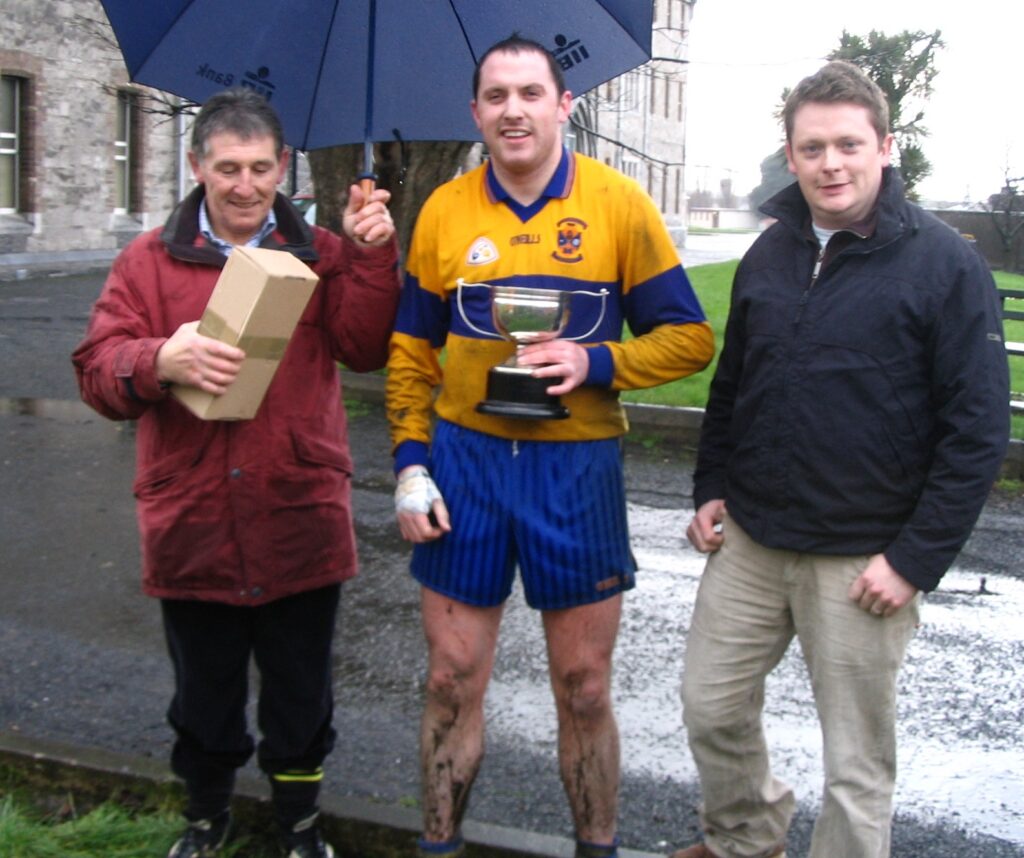 “Ba mhaith liom an chorn seo a glacadh ar son foireann peile Chaisleán Cnucha” would have been the words spoken by stand in captain Gerry Kelly on Sunday had he bothered listening to his Irish teacher in school. Instead a “Wahurrrrrrrrrrr!” sufficed to acknowledge the first silverware ever won by Castleknock’s adult footballers. The occasion was the Frank Dardis tournament organised annually by St Brendans. The four teams invited were Castleknock, Na Fianna, St Peregrines and St Brendans themselves. Castleknock were paired off with Brendans in the first semi-final while Peregrines faced Na Fianna in the other semi.

Castleknock’s game with Brendans turned out to be a one sided affair with Castleknock running out easy winners on a score of 6-10 to 0-3. Tommy Corcoran bagged a hat-trick while Davy Leydon got two goal thanks to some indecision on behalf of the Brendan’s keeper. There was fine displays from the new men including Benny O Callaghan , Paddy O Brien, Paul Mulvihill, Brian Grant and Dara Mac had a super game between the sticks to keep a second clean sheet in as many weeks. The Peter Cech of the GAA world.

The win ensured Castleknock had to play again the next day in the final against Na Fianna who pipped Peregrines with a last minute goal. Castleknock needed no introduction to Na Fianna as they have had many a ding dong battle over the past few seasons.

The match started at a good pace with Paddy O Brien picking up where he left off the day before with some driving runs and passes. Davy Leydon and Stephen Keogan were showing a clean pair of heels to their markers and Eoin Maloney was a revelation at half forward. Davy and Stephen kicked great points and a deceptive pass from Maloney released Gerry Kelly in for the first goal. Na Fianna kept in touch with some points but they were held by a Castleknock defence superbly marshalled by Denis Lally who rolled back the years to put in a mighty performance. Castleknock went in at the break five points up with the wind and the hill to play against.

Any worries that Castleknock would be pinned back for the second half were allayed when Davy Leydon and Ger Byrne both bagged goals within minutes of each other. Na Fianna didn’t give up the ghost and in the mud and the rain they attacked the Castleknock defence who withstood them time and again. Brian Kelly must have had a Star Trek teleporter with him because when you first looked he was 2 yards behind his man and when you blinked boom! he was coming steaming out of defence with ball in hand.

Sam Galligan was working his wing diligently with Dec Reilly and Paul coming back to take the ball from the defence and drive on through the Na Fianna challenges. The referee attempted to even the match up by giving Keogie the line after two bookable offences. Keogie was having a great game in the corner and was unfortunate to say the least.

As the game neared its conclusion, Castleknock closed out the game with points on the run from Tommy Corcoran and Gerry Kelly. The referee blew his whistle shortly after to ensure Castleknock adult footballers won their first ever trophy.