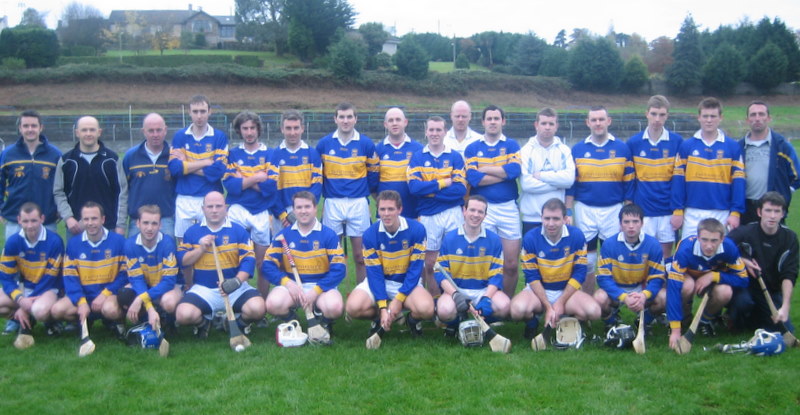 A great tight game of hurling at St. Peregrines’ pitch saw Killurin edge ahead of Castleknock and win through to the Leinster Junior final. Initially Killurin missed a number of frees before Mick Barry from Castleknock put over a beautiful sideline ball.Castleknock then scored again but Killurin struck back with a point and great team goal.Castleknock responded with more points and Killurin returned the favour.

At half time, Castleknock led by a score.

Upon the restart, Killurin scored a wonderful goal from their ace corner forward. The match rose in intensity and both sides gave it their all in a great sporting contest.At the death, Killurin scored a point from play in the midfield area and it was a fitting score to win the game.Castleknock ran out of time to get the equaliser but it was not to be their day. Best of luck to Killurin who meet Park-Ratheniska(Laois) in the final this Sunday.

Well done to all the Castleknock lads on their performance. They played with great effort and intensity.A special thanks to the minors who came down over the last couple of weeks especially Conor Corcoran, James Kelly, Joey O’Callaghan and James Martin.

After a good win against Barndarrig of Wicklow in the quarter final, Castleknock are up against with a semi-final draw versus Killurin of Offaly. Killurin reached the Junior A final in Offaly and were unlucky to loose (by all accounts) to opponents they have previously beaten at the group stage.

Castleknock are missing a number of important first team regulars for this match (Oisin Liston, Mick Geaney, Rory O’Sullivan, Ciaran O’Brien, Brian Kelly, Ciaran O’Dwyer). Even allowing for missing such an amount of experience and depth, there’s a good panel of players available for selection and hopefully everybody will put in a good performance on Sunday.

There’s a big crowd expected up from Killurin (3 buses) so Castleknock junior hurlers will need all the support that is available.

So all support is welcome Sunday afternoon !
The best of luck to Ken, Terry and the rest of the boys.